Tuna is the most consumed fish in the world and is known for its versatility, ease of preparation and, well… deliciousness!

Here, we take a look at two of the most popular tuna varieties, Bluefin Tuna and Yellowfin Tuna.

While they may look similar at first glance, these two types of fish have some key differences. 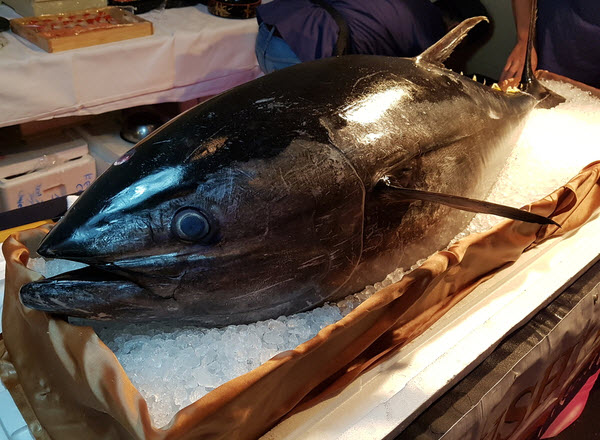 Firstly, most Bluefin Tuna grow significantly larger than Yellowfin Tuna. Atlantic Bluefin Tuna is the largest of the bluefin varieties, reaching up to 680kg and rivalling the marlin and swordfish in size. Australia’s Southern Bluefin Tuna is somewhat smaller, commonly around 1.8m in length and 100kg in weight when fully matured. The Yellowfin Tuna, while still a relatively large fish, is closer to the size of the Southern Bluefin Tuna, typically reaching around 50-90cm in length and 100kg in weight. 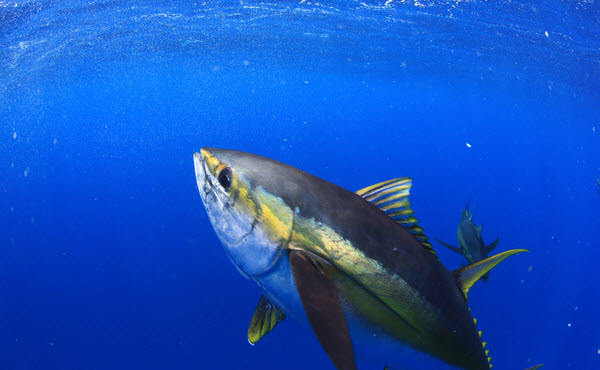 As the name suggests, the Yellowfin Tuna has a clear yellow lateral line above its pectoral fin and a bright yellow second dorsal fin.

The Bluefin Tuna, however, has a second dorsal fin that is a mixture of grey and yellow and an underside that is silver, with uneven lines.

The tail on the Bluefin Tuna is also unlike its Yellowfin cousin, as it is not yellow and grey, but dark blue in colour. 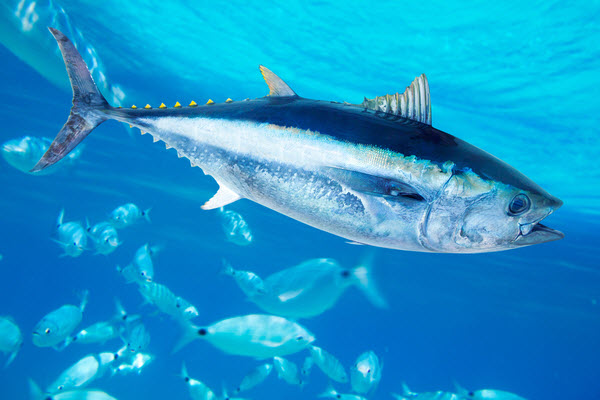 Both Yellowfin and Bluefin Tuna are found throughout the Pacific, Atlantic and Indian Oceans, travelling often and for long distances. But while they often share common habitats, the Yellowfin Tuna tends to prefer warmer waters, while the Bluefin prefers cooler temperatures.

In Australia, the Southern Bluefin Tuna is found mainly in the Great Australian Bight, off the coast of South Australia. Most commonly caught during the summer and spring months of December through April, it can also be found off the coast off New South Wales, Victoria and Tasmania.

The Yellowfin Tuna, however, prefers the milder waters of the east and west coast of Australia, travelling as far north as Queensland. 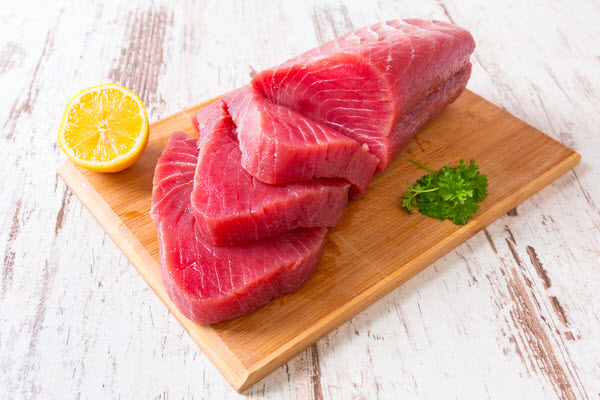 Bluefin Tuna is one of the most sought after fish in the world, prized by chefs and foodies alike. Known for its melt-in-your mouth texture and deep red colouring, Bluefin Tuna has the darkest and fattiest flesh of all the tuna varieties. Its meaty texture with large flakes, plus its characteristically rich and full flavour, make it the preferred fish for sashimi and sushi dishes.

With bright red meat in its raw state, Yellowfin Tuna turns a brownish colour when cooked and offers a firm and moist meat with large flakes. Yellowfin is also served raw as sashimi and in sushi.

Dinko Seafoods’ Southern Bluefin Tuna is ocean fresh, wild caught and sustainably harvested. We use our pioneering tuna farming methods to deliver you Southern Bluefin Tuna that is rich in flavour with a luxurious texture. Our products are simply irresistible and available for purchase as steak, portions, loin or whole fish.

Learn more about our products.