Your guide to Southern Bluefin Tuna 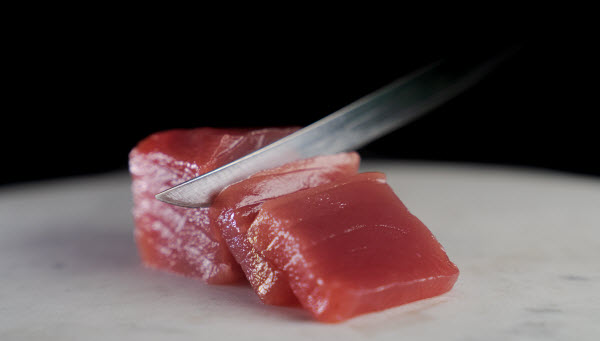 A classic food staple in many Australian households, tuna is used in pastas, salads, an afternoon snack… or anything in between.

Here, we provide a guide to the most delicious variety of this family favourite… the Southern Bluefin Tuna.

Celebrated for its colour, flavour and texture, this variety is internationally renowned and the tuna of choice in high-end restaurants. 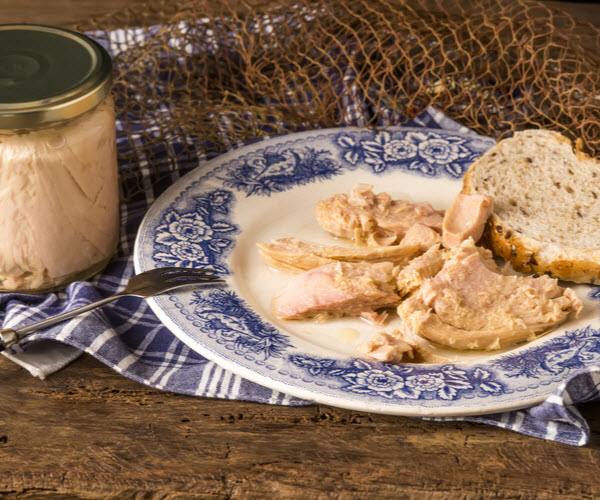 While there are around 15 species of tuna worldwide, you are most likely to encounter five types in your culinary escapades.

Skipjack Tuna, often called ‘light chunk’, is the most abundant and widely fished of the tuna varieties. It is relatively small by comparison and is generally canned as tuna chunks and flakes, in brine or oil.

Albacore Tuna is another commonly canned tuna, but has a firmer texture and milder flavour than the Skipjack variety. Due to their lighter coloured flesh, they are sometimes referred to as ‘white tuna’.

Yellowfin Tuna and Bigeye Tuna are the two varieties known as ‘ahi’. Larger than the Albacore and with a deeper pink colour, they are generally divided into ‘sashimi grade’ and ‘other’ in culinary terms.

The largest of the tuna varieties is the Bluefin Tuna, which can reach more than two metres in length and weigh 250kg or more. Atlantic, Pacific and Southern are the three species of Bluefin Tuna and are prized for their texture, flavour and marbling.

The Southern Bluefin Tuna, however, is the most celebrated of the tuna varieties and the first choice for high-end restaurants, particularly those serving Japanese cuisine. 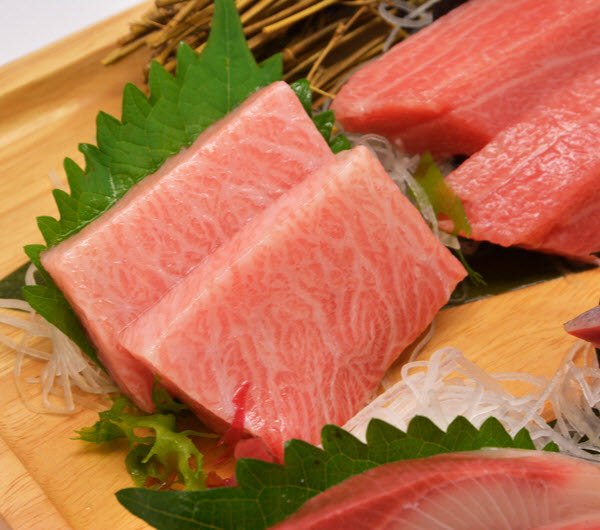 Parts of the Southern Bluefin Tuna

The three premium cuts of the Southern Bluefin Tuna are known by the traditional Japanese terms otoro, akami and chutoro.

Otoro is from the belly, or underside, of the fish and has the highest fat content — otoro translates to ‘big fat’. Because of this fattiness, the otoro falls apart easily and can quite literally melt in your mouth. It is the most sought after part of the fish because of its flavour and texture.

The akami is the largest part of the fish, covering the top loin, shoulder and tail. It is meatier in texture and brighter in colour. It is the most frequently used part of the fish because of its abundance.

Chutoro refers to the small fillet that sits between the otoro and the akami. It is a combination of the two, with both a meaty and fatty texture. 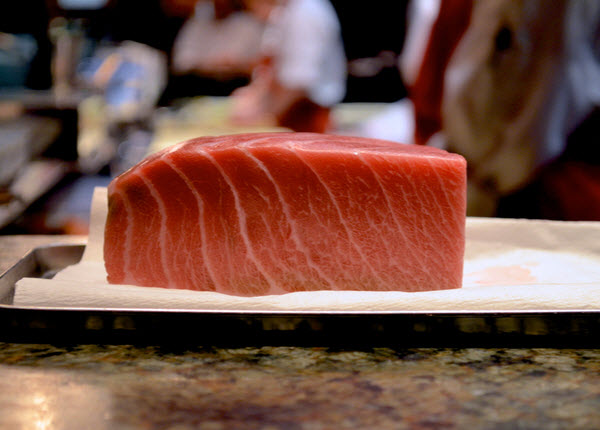 Tuna connoisseurs around the world celebrate Southern Bluefin Tuna for its colour, flavour and texture.

The flesh of the Southern Bluefin Tuna is a deep rep, almost burgundy, and has marbling throughout. As this species of tuna grows so large and requires high stores of energy for hunting, it stores layers of fat throughout its muscles. This dispersion of fat is called marbling and, similar to wagyu beef, gives the delicious ‘melt in your mouth’ experience.

The high fat content also adds to the flavour, with the Southern Bluefin Tuna considered the most delicious of the tuna varieties, with intense and lingering flavours. It is used predominantly for sushi and sashimi.

One of the biggest attractions of the Southern Bluefin Tuna is its versatility, with this delightful fish suitable for sushi and sashimi dishes as well as recipes involving grilling and barbecuing. But before you get to any of the cooking stages, make sure you read through our hints and tips for handling and preparation, to ensure the best cooking (and eating) experience. 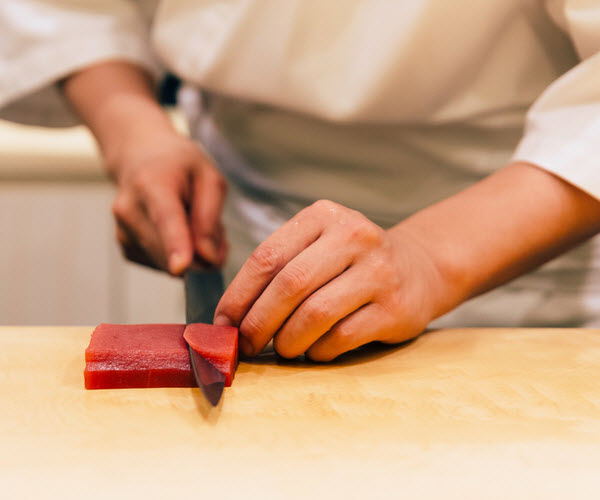