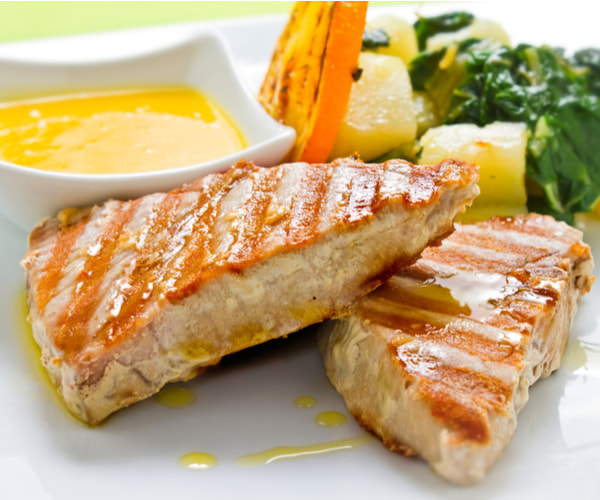 1 To make the caper berry and lemon cream, place the cream in a small pan and bring to the boil. Add the caper berries and juice from the lemons to the cream. Cook on a medium to high heat until the sauce begins to thicken. Season to taste with salt & pepper.

2 Peel parsnips and remove ends, cut in half and cut each half into long quarters. Peel and remove seeds from the pumpkin, cut into slices 1cm thick. Place parsnips and pumpkin into a pot of boiling water and blanch for 1 minute. Remove from water and drain on paper towel.

3 Slice the red onion into 5mm thick slices and fry in a pan with olive oil until tender.

4 Slice zucchini 5mm thick on an angle. Season with salt & pepper and cover with olive oil. Place on a hot char-grill and cook on both sides.

5 Cook pumpkin & parsnips on the char-grill with a little olive oil. The vegetables can be prepared well in advance and stored in the fridge. When ready to cook the tuna, place the vegetables on an ovenproof tray and warm in 180 degrees for 5 to 7 minutes.

6 Season each Dinko Tuna steak with sea salt and pepper and rub with a little olive oil. Cook tuna in a frying pan on a medium to hot heat for approximately 2 minutes on each side. This will give you medium/rare for a 2cm thick steak.

7 To serve, place a selection of the vegetables on the centre of the plate and place the steak on top. More bluefin tuna recipes. Drizzle a little of the cream over the tuna. Remove 3 berries from the cream and place on top of the tuna. 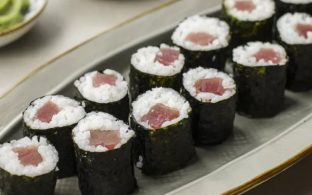 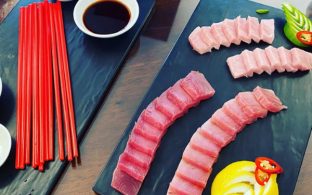 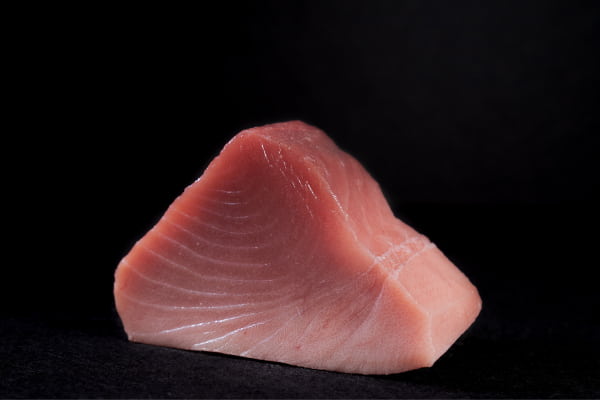 Our technique of super freezing the tuna steak within hours of harvest means you can get the highest quality Bluefin Tuna steaks all year round. 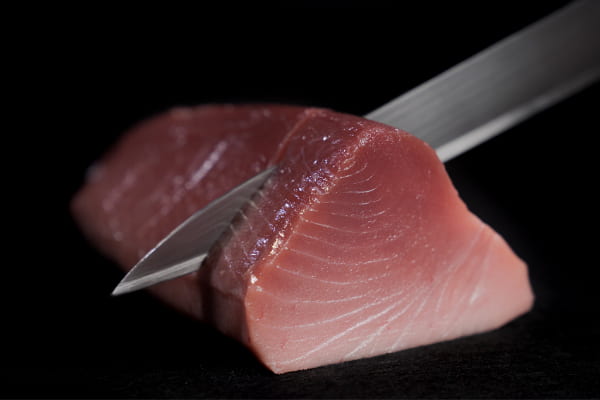 Our Southern Bluefin Tuna portions are frozen as fresh, sustainably farmed and bursting with flavour. Serve it in a poke bowl or make a sushi roll; however you eat it, you’ll love the moreish taste!

for all product enquiries