To understand a bit more about Bluefin Tuna fishing, farming and export, we spoke to Michael van Doom, Director of Dinko Seafoods. 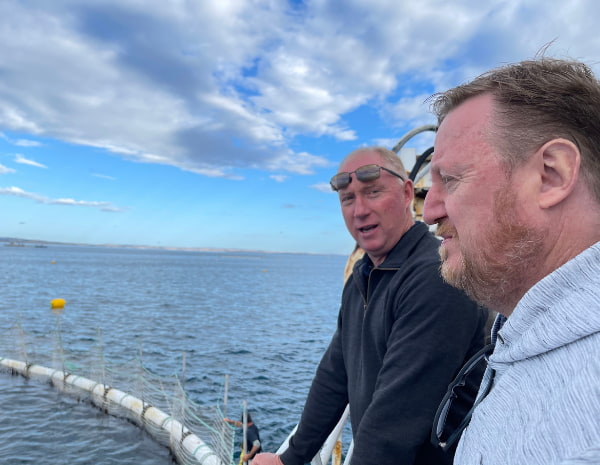 When we spoke to Michael, he had just returned from a gruelling six weeks at sea in the Great Australian Bight. The Dinko Tuna fishing team had only just reached their 2020/21 seasonal quota, which took three weeks longer than their average season.

The reason for the delay? Sunshine… or rather lack of sunshine.

“Bluefin Tuna love the sun, the heat and blue sky… they like to come to the surface of the water to sunbake,” says Michael.

“But we’re going through a La Niña weather event right now, with cooler temperatures and more rain, which is far from optimal fishing conditions.

We would get one or two days of good fishing weather this season, then four or five days of bad weather.”

With sunny days so few and far between, any glimpse of sun and calm seas means the 20+ crew members are on standby, with the four Dinko Tuna vessels all working together to find the day’s catch. By 6:30am, the sonar is in the water, detecting and displaying the distribution of tuna in all directions around the vessels.

Once the crew spot the tuna, it’s all hands on deck. 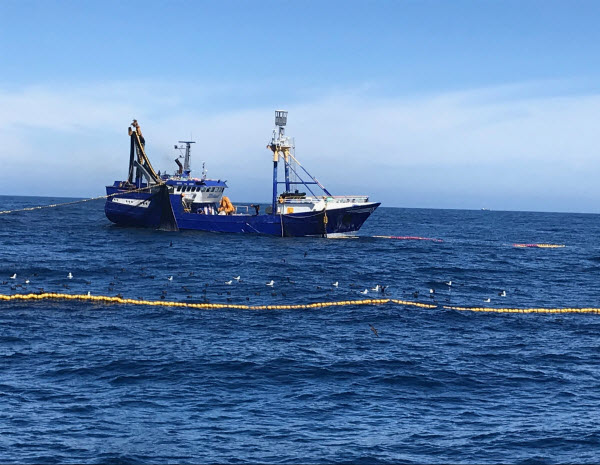 Catch of the day

With the four Dinko Tuna boats working in tandem, their operation is well-organised and methodical.

While the smaller boats drop sardines in the water to herd the tuna, the largest of the boats — the 51m Purse Seiner — encircles them, dropping a 1080m-long, 160m-deep net as it goes.

Open at the surface, the net allows the Dinko team to maintain the school, without distressing or causing any harm to the Bluefin Tuna. Once the crew has secured the net, it’s time for the team of expert divers to jump in.

To ensure the Bluefin Tuna are mature enough and the school of fish is large enough, the divers conduct a thorough examination of the school… all while underwater. Skilled at estimation, they provide estimates of the size of the catch and the average weight of the fish.

“For us, if the fish are around 17kg or more, we’ll decide to keep them,” says Michael. “But if they’re under that we’ll release them again.

We’ve got one of the smaller operations and a small quota, so we need to maximise our catch the best we can,” says Michael. “This means catching the biggest fish we can find.”

If the catch meets the size and weight requirements, it’s time for the tow cage to come into action. The crew ushers the fish from the original netting to tow cages, where they will remain until their arrival in Port Lincoln. 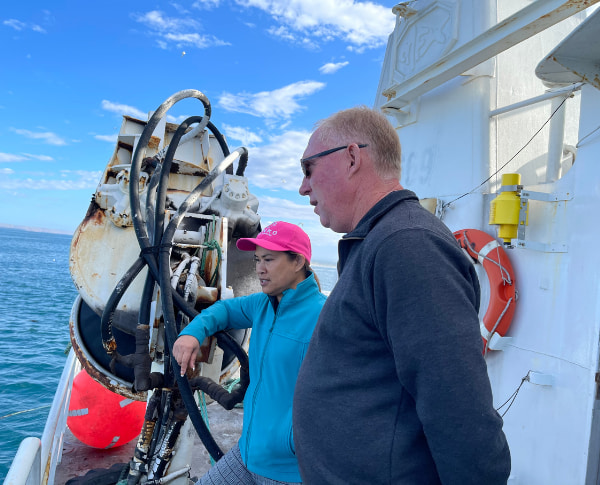 Each Bluefin Tuna fishing operation has a limited quantity of tuna they can catch, with these strict quotas heavily policed.

“It is very well monitored. We are one of the most heavily regulated fisheries in the world,” says Michael.

Independent consultants record the average weight and length of each catch, with juvenile fish under 10kg excluded from the count. Video recordings monitor the transfer of catch, ensuring they account for every fish.

“From this recording process, we’re told how many tuna we’re allowed to transfer into our holding pens, which is completely dependent on our quota,” says Michael.

Once the fish are transferred, they spend the next three to six months grazing on sardines, where they grow fatter, rounder and oilier. 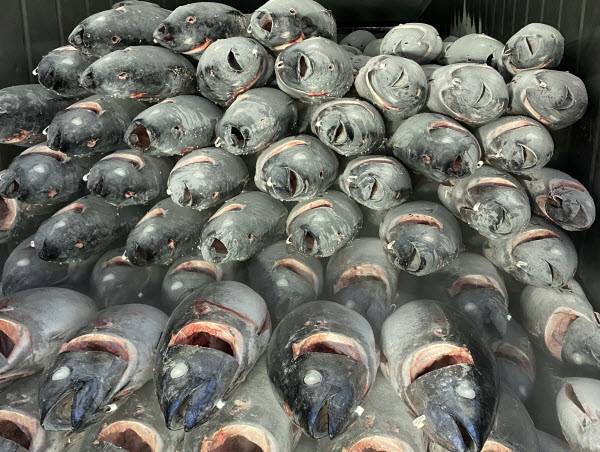 This 12-week feeding pattern transforms the Bluefin Tuna into the sought-after delicacy we see in sashimi restaurants, so it’s no wonder that Japanese customers account for 90% of the buyers.

These Japanese buyers fly to Port Lincoln each season to inspect every catch and remain for the entire harvesting season. They carefully assess the texture, colour and size of the tuna to ensure premium quality.

In order to maintain this quality, experienced divers catch the tuna individually by hand to prevent bruising and stress.

On average, a harvest can be up to 1,000 fish per day.  Harvested quickly and ethically, the crew then moves the tuna to the freezer vessels of the purchasers, where they are frozen to -60℃ and shipped to restaurants around the world.